The organization’s mission is to identify, preserve, research, collect and promote the history of Dickey County and the surround areas.  The DCHS operates through annual membership dues, donations and memorials to the Dickey County Historical Society.

Hours of Operation:
Wednesday’s (Open Year Round) – 9 am to 4 pm 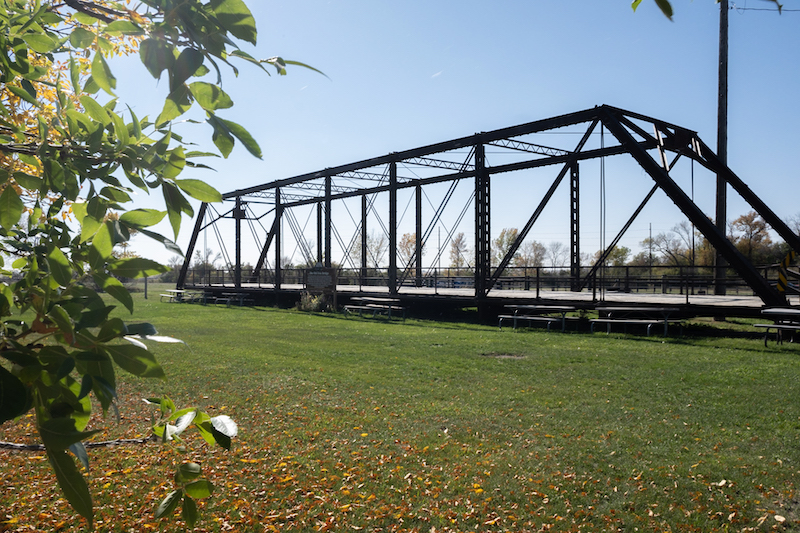 Tours:
Individual, School, Reunion and Group Tours are always available.   Please contact us and we are happy to set up something for you.

Genealogy Research:
Dickey County birth and death certificates can be researched via http://theusgenweb.org/nd/dickey

Platted in 1886 and incorporated in 1888, Oakes had its beginnings as an important stagecoach and railroad station. Taking its name from Thomas F. Oakes, President of the Northern Pacific Railroad from 1888 - 1893, rail transportation remains a key factor to the economy of Oakes. Oakes has sustained strong railroad ties due to the continued development of agricultural services through the addition of two new 100-car loading grain elevators in 2003-2004. The railroads include:

Oakes began its existence as a town on September 1, 1886. the engineers platting the lots on Wednesday, September 15, 1886. Part of the stagecoach line between Jamestown and Columbia, begun in 1880 by a mr. Benjamine, ran through the center of Oakes on what is now Highway 1. It was the first stagecoach to cross what is now Dickey County. A relay station was located at the crossing with Bear Creek, high on a hill with a railroad lantern on a pole, making it easy to locate night or in bad weather. Occasionally, this had to be an overnight stop, as well as the stop for fresh horses. The house was framed and stood there until in burned down in the 1970's. The bar was a dugout built into the bank of the hill, with room for 16 horses. William Mills worked at this relay station as cook and hotelier. Mr. Mellinger, who later opened a livery stable in Oakes, was the stagecoach driver.

When the town of Oakes was being planned, it was said that John Jones, Oakes' second settler, received $1,000.00 for his homestead and $9,000.00 for his tree claim - after Mr. Mills had been reimbursed for an undisclosed sum for his holdings. The town was platted originally for 17 blocks and the streets were made 80 feet wide.

By September 29, 1886, Oakes became a station on the Northwestern Railroad.

The first preacher in Oakes was Rev. C.A. Rice, and the first teacher was Miss Brainerd. Benjamine and Mellinger were running a daily stagecoach between Oakes and LaMoure. Harrison Mallory was elected to the Territorial House of Representatives from this district in November of 1886.

1886: T.F. Marshall and others started the Bank of Oakes at 2nd and Union (now 5th and Main). Mr. T.F. Marshall did much to promote the community. In 1901, he traveled East to interest investors in a $500,000.00 sugar beet plant for the community. Area farmers test planted sugar beets with good results and it appeared Oakes would become a major sugar beet producer. Unfortunately, the eastern money pulled out in favor of an area already growing beets. Their reason - they did not feel that the prices at which they were willing to buy beets would entice growers to plant the new crop. When the deal fell through, the Jamestown "Alert" ran an article making fun of the Oakes people for losing "$2,000.00" of their own money while attempting to secure the beet plant.

Republican editor Ed Smith made this appropriate replay: "The citizens of Oakes are noted for their liberality. They have always spent their money freely whether it was to get a railroad, promote a county fair, coursing meet, horse races or a sugar beet factory. And, as a result Oakes is the best advertised city of its size in the state. The balance of the state may poke a little fun at Oakes for spending a little money on a sugar beet deal, but it would be better grace to give us credit for trying to develop the state at our own expense."

The first postmaster was Mr. Hineman.

The first hotel in Oakes was built by George Ladd; but by far the finest one was the Vinkle House, built in April 1887, at a cost of $10,000. It was three stories high, with room for business on the ground floor. A third hotel, called the Argyle, was one block east.

By May 1887, Oakes had three elevators. And the town's first real celebration of July 4, saw horse racing through the streets. A horse bolted into the crowd, striking a visitor, L.D. St. Mars. Although three doctors game him up, he recovered.

August 5, 1887: The new dwelling of Mr. Quegle was totally destroyed by fire. The building, partially covered by insurance was worth $300.00. The Oakes City Council called for bids for a board sidewalk, so people could have a good walkway and not have to jump over mud holes. Then more hitching posts were needed for those beautiful Oakes horses. And nearly every store in Oakes was using kerosene lamps instead of candles.

November 11, 1887: Dickey County voted for Prohibition, the town of Oakes was the only precinct giving a majority to license liquor.